Ripple is a payment network for settlements, currency exchange and remittance. The Ripple protocol is based on a consensus ledger, not a blockchain. Its native digital asset is XRP which is the third largest cryptocurrency by market capitalization. Banks like UBS, Santander and UniCredit are already using Ripple as a settlement infrastructure.

Even though XRP has seen a significant increase in value in 2017, the real innovation is the Ripple protocol and not the coin. XRP is only the native asset of the Ripple network. There are 100 billion XRP tokens that were issued by Ripple Labs. According to the company, this is the final number of XRP tokens. There are over 50 billion XRP tokens held in escrow by RippleLabs. They are being released over time via a smart contract which will release them automatically. Holding large amounts of the native token is a way to fund and incentivize a healthy development of the platform. However, XRP can be replaced by any other asset. Theoretically, Bitcoin or any other cryptocurrency can be saved as an accepted asset on the Ripple ledger. This makes Ripple so interesting for banks and financial institutions. 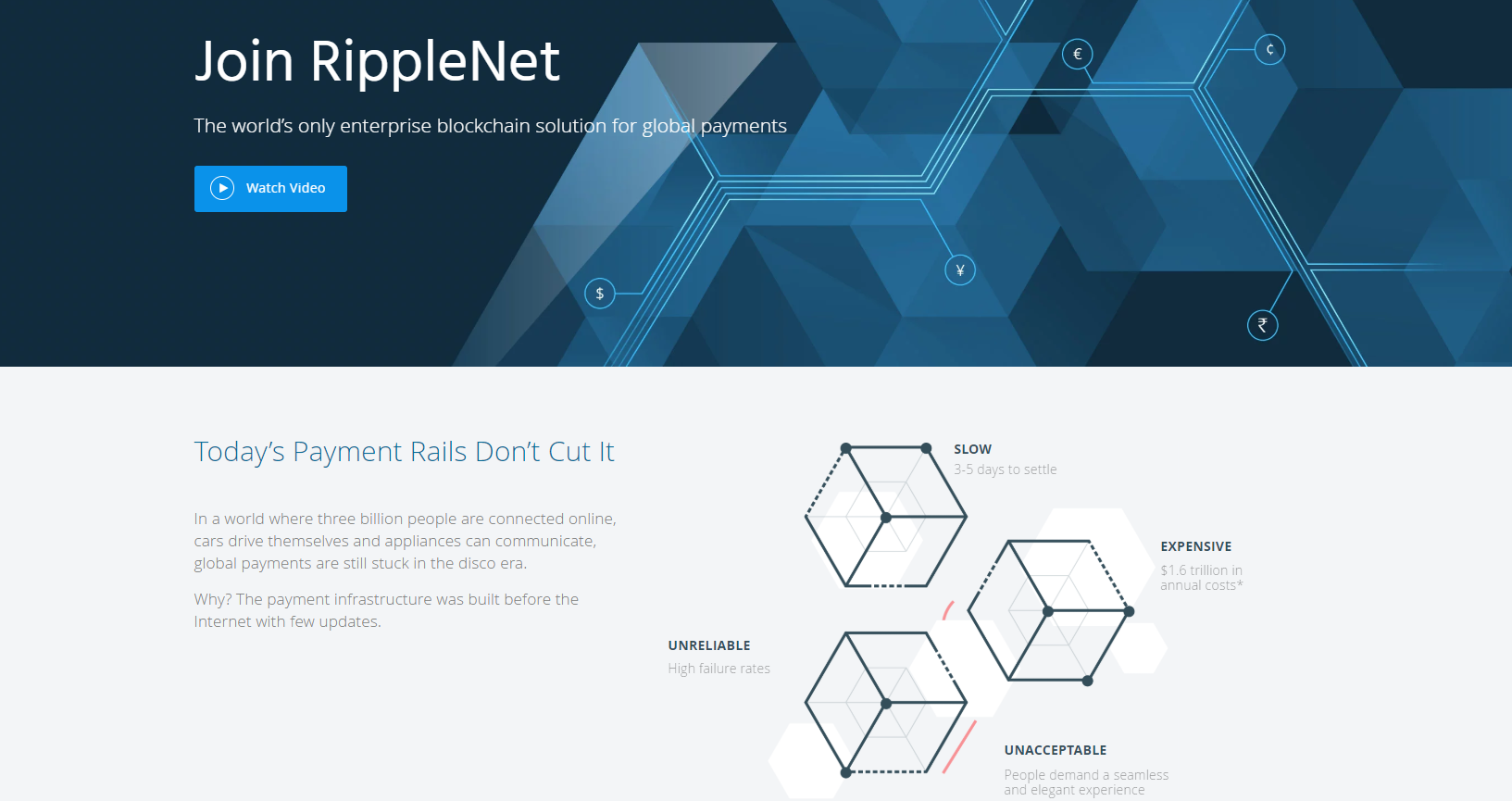 How is Ripple different from other cryptocurrencies?

Even though the technology behind Ripple is consensus orientated, it is not a blockchain. The network is based on a shared public database. Ripple uses a HashTree to summarize data into a single value, which is then send across all validating servers to provide consensus. This system offers advantages over many cryptocurrencies. The Ripple token XRP isn’t mined like Bitcoin or other cryptocurrencies. It was issued at it’s inception. The network has been stable since its release. Over 35 million transactions have been processed thus far. Ripple is currently able to handle up to 1,500 transactions per second with the potential to scale up to 50,000 transactions per second which is similar to what Visa can process. Bitcoin for example can currently only handle up to 7 transactions per second.

Ripple is primarily designed for financial institutions. International payments are slow and expensive. In addition, banks have to keep trillions of dollars distributed around the world to make payments in different currency zones. However, this money is not used. It’s just parked on foreign banks. This makes international payments very expensive and risky because of inflation. Ripple solves this problem by offering on-demand liquidity for businesses. There are currently three technologies that Ripple offers.

xCurrent allows banks to instantly settle cross-border payments. Banks message each other in real time over the Ripple network to confirm transactions. Ripple estimates that banks can reduce costs by using xCurrent by approx. 30%. Furthermore, xCurrent includes a rulebook that ensures legal clarity for every transaction. 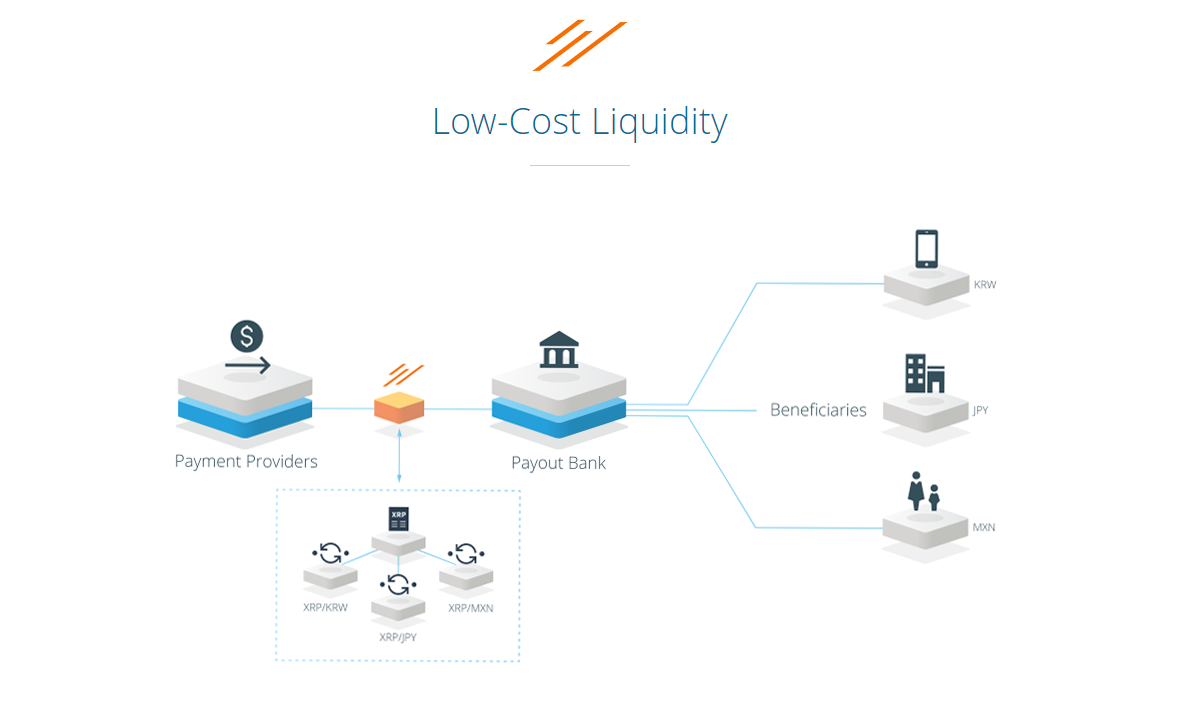 xRapid offers financial institutions on-demand liquidity by using Ripples native digital asset XRP. The coin is used as an exchange medium for all currencies. In addition, this lowers the capital requirements for banks and ultimately makes international payments more cost-efficient.

xVia is the interface for using the Ripple network. It connects xCurrent and xRapid and lets users do fast and cheap international transactions. Furthermore, transactions in the Ripple Network only take 4 seconds and the network can process up to 1500 transactions per second.

Ripple is based on a consensus ledger. Transactions are validated through validator nodes. However, these nodes are currently controlled by Ripple Labs, which makes it more centralized than blockchain-based currencies like Bitcoin. Ripple has announced that nodes controlling the network will diversify in 2018, which allows the users of the network what nodes to trust.

XRP is Ripples native currency. Furthermore, Ripple Labs created the network with 100 billion XRP coins in it. All coins are pre-mined, which means they don’t have to be created before they can be used for transactions. This leads to faster transactions and fewer transaction fees. However, Ripple labs still owns about 60% of XRP.

Both of these factors are the reason why Ripple and XRP are considered centralized by various cryptocurrency experts.

How to buy Ripple

Ripple is one of the most popular altcoins because of its huge market cap. It is available at exchanges like Coinbase or Kraken. If you want to exchange your Bitcoin for Ripple, you can also use Binance.